Nayo Jones (pronounced Nīyō) is the Chicago born jazz vocalist based in New Orleans, LA, where she regularly performs with her band “The Nayo Jones Experience.”  Nayo grew up listening to jazz standards, groomed by her father, jazz musician and educator, William “Doc” Jones.  Her vocal range has been compared to Natalie Cole, Nancy Wilson and Whitney Houston.

Annually, she can be seen at the New Orleans Jazz & Heritage Festival and French Quarter Fest.  She has toured with Kermit Ruffins as the featured vocalist, headlined at various Jazz Festivals and most recently joined forces with the New Orleans Jazz Orchestra.  Nayo has several releases under her belt including her latest, recorded at the Kerr Cultural Center in Scottsdale, AZ. 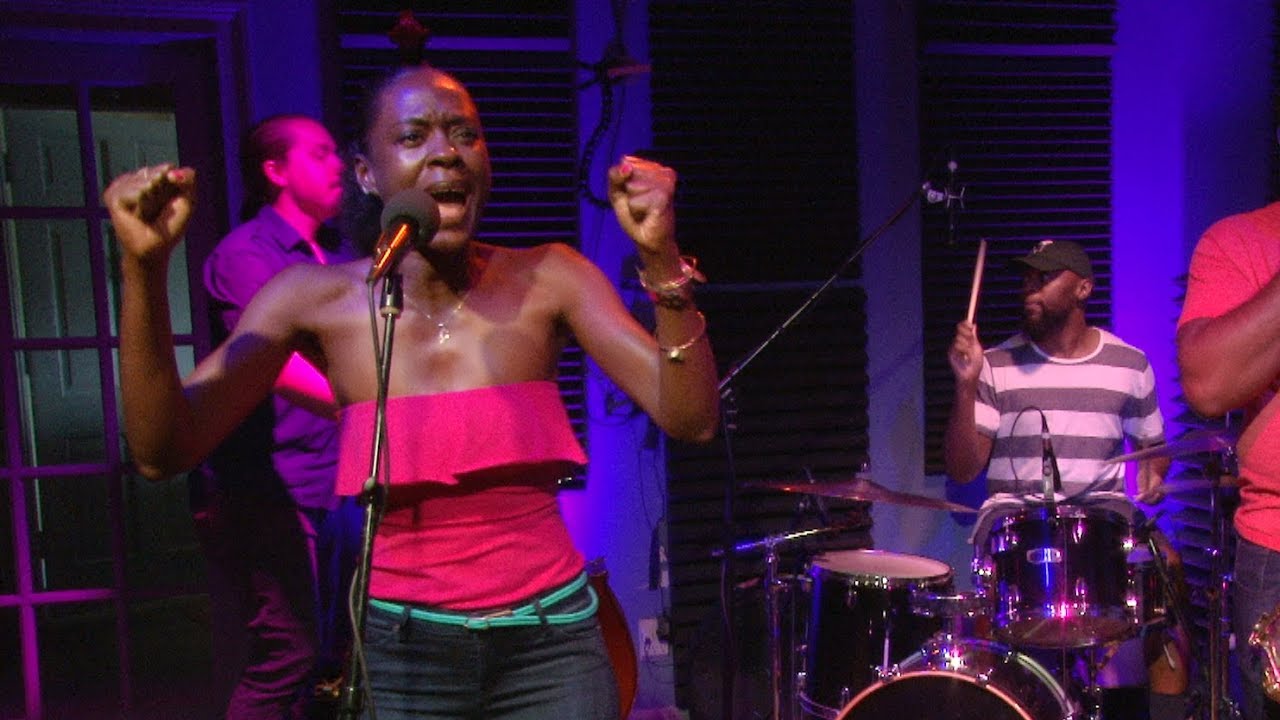 Ghost-Note is a band with an explosion of sound pushing funk music into the future.  Building on the uplifting, pioneering foundations laid out by James Brown and Sly & The Family Stone, they infuse their music with tastes of Afrobeat, Hip-Hop, Psychedelia, World Folklore and more. The band creates seductive, danceable grooves and offers a contagious feel-good energy to ensure their audiences “let loose and connect.”

Formed in 2015, the band is headed by Robert “Sput” Searight and Nate Werth, of Snarky Puppy and includes an expansive roster of next-level musicians that have backed the likes of Prince, Snoop Dogg, Herbie Hancock, Erykah Badu and Justin Timberlake.   To date, the band has two studio releases that have earned critical acclaim around the globe. 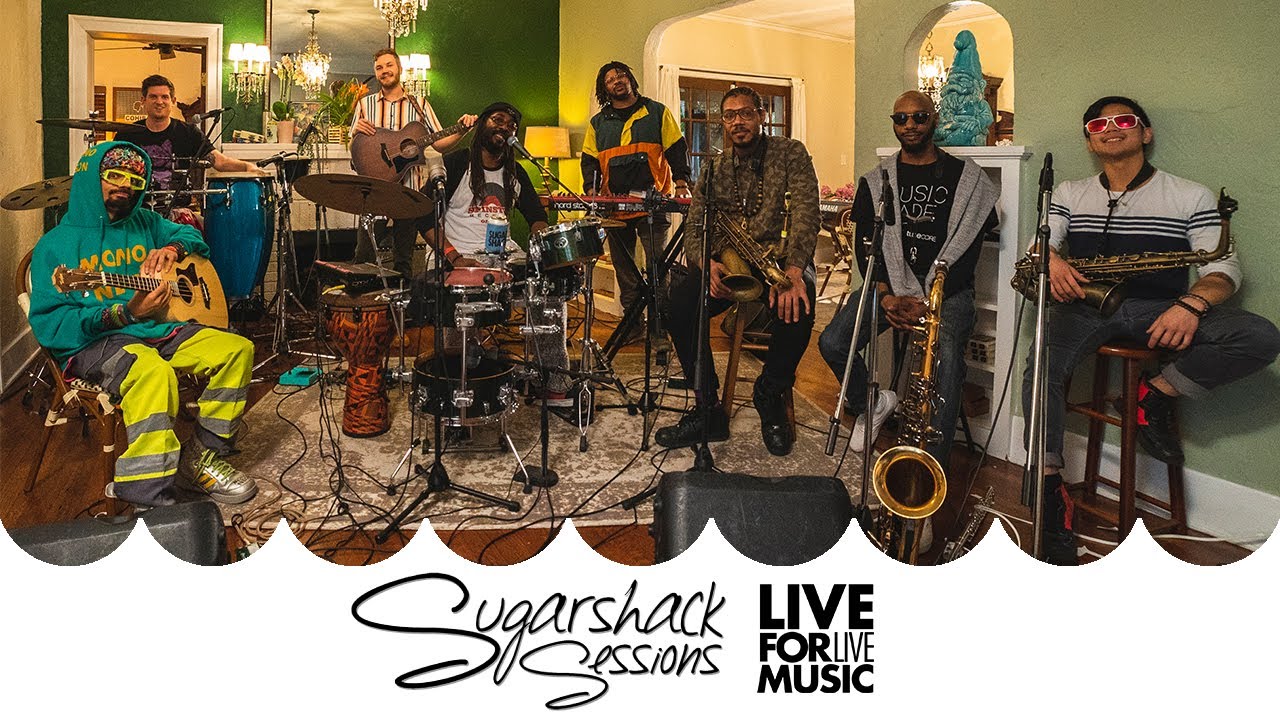 Wong has performed with Dave Koz, Metropole Orkest, Jon Batiste & Stay Human – the house band of The Late Show with Stephen Colbert.The band Vulfpeck considers Cory a frequent collaborator and member of the band, paying tribute to him in song. “Cory Wong” is their most popular instrumental track.  Cory is also part of The Fearless Flyers an instrumental quartet with Joe Dart of Vulfpeck’s, Snarky Puppy guitarist Mark Lettieri and drummer Nate Smith.

Special Guest Cody Fry is a Nashville based, singer-songwriter and keyboardist, whose father was a jingle writer.  He attended Nashville’s Belmont University and began writing and recording in his teens. 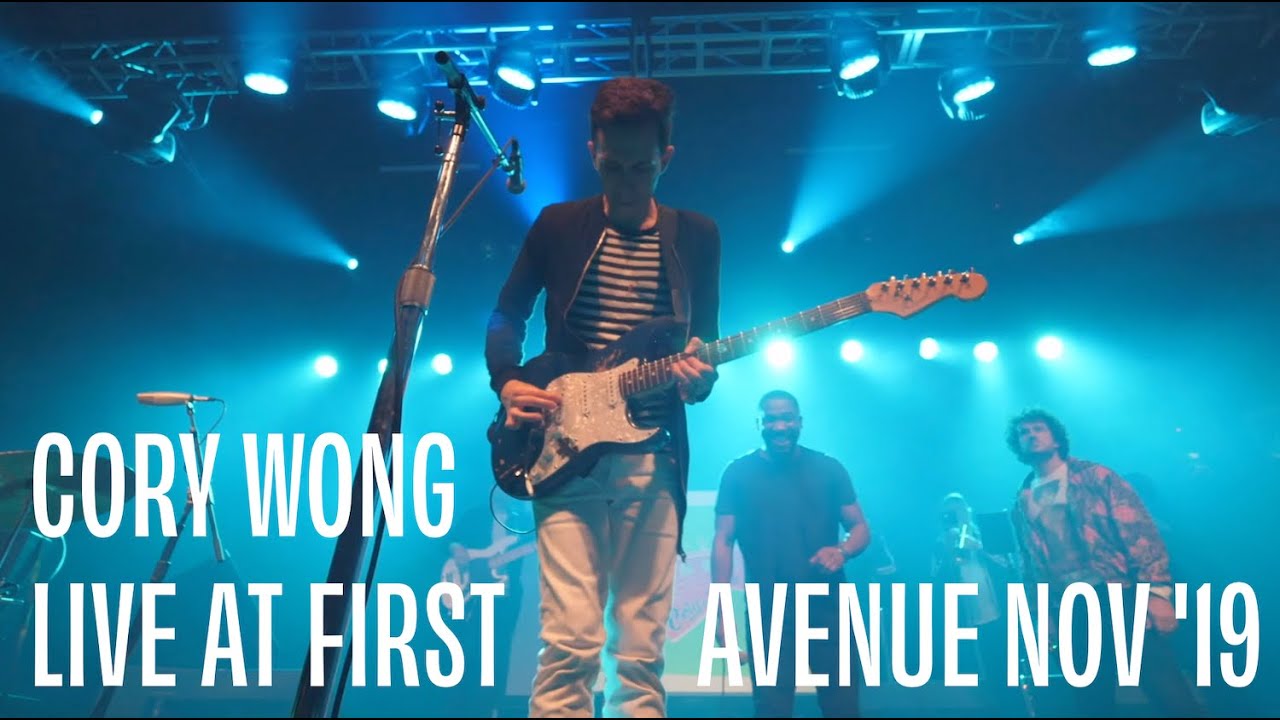 Stockholm, Sweden band Dirty Loops are known for their jazz fusion reharmonized covers of pop songs like “Baby” by Justin Bieber, “Rolling in the Deep” by Adele, and “Wake Me Up” by Avicii, but don’t let the pop covers fool you.  These longtime friends and schoolmates borrow from jazz, jazz fusion, gospel, funk, electronica and disco, as well.  All three Dirty Loops’ studied music at Södra Latin and the Royal College of Music in Stockholm together.  Jonah Nilsson studied classical theory while Henrik Linder and Aron Mellergårdh studied jazz.

It took the band just two years after forming to produce and release a first song in 2010, an additional year to sign into a management contract and one more year to travel to the US and enter into a record label contract with David Foster and Universal Music subsidiary Verve Records.  Quickly thereafter, they took to the road with Maroon 5.  All three have worked as session musicians;  Johan and Henrik play multiple instruments and Aron also engineers. 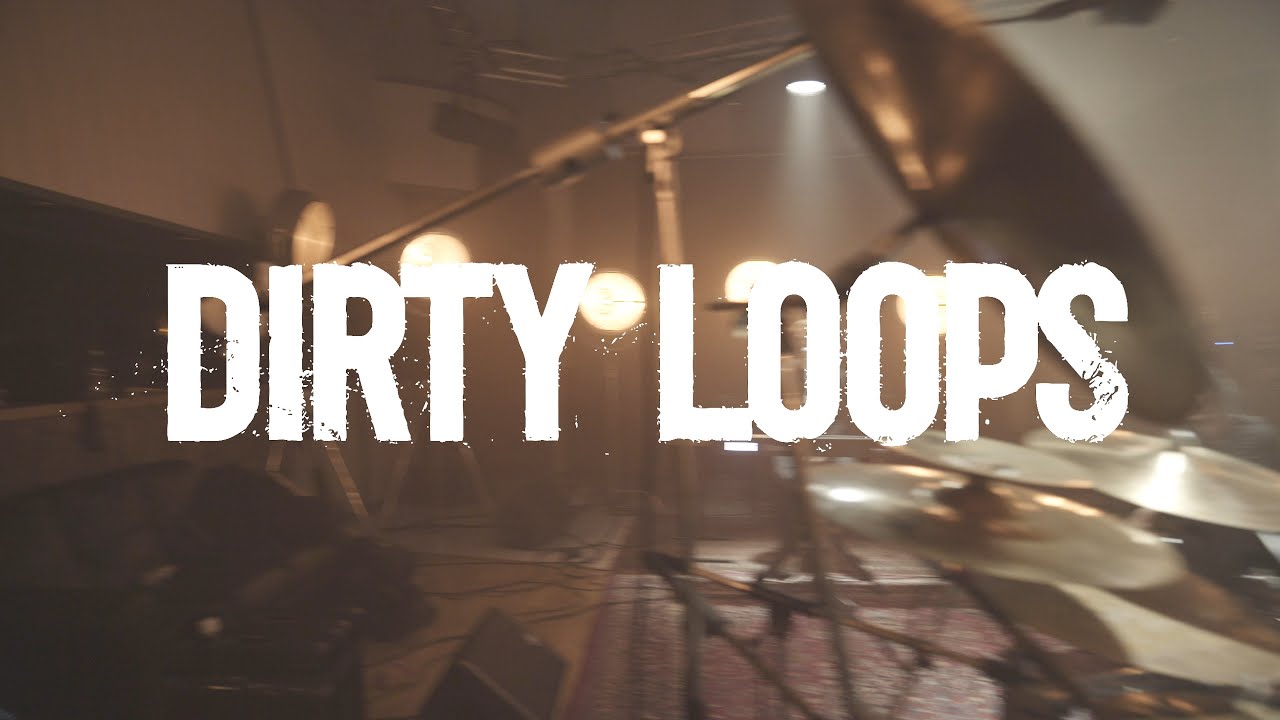 After ten tears of due diligence, the Pacific Mambo Orchestra (a.k.a. PMO) finally gained well-overdue recognition with a crowd-funded, self-title debut resulting in a Grammy for Best Tropical Latin Album.  This San Francisco based orchestra is leading the rebirth of Latin Big Band, using the traditions of the classic mambo-craze orchestras of the 50s.  While their repertoire consists of mostly original scores they also include clever arrangements of hit songs, performed in English and Spanish. 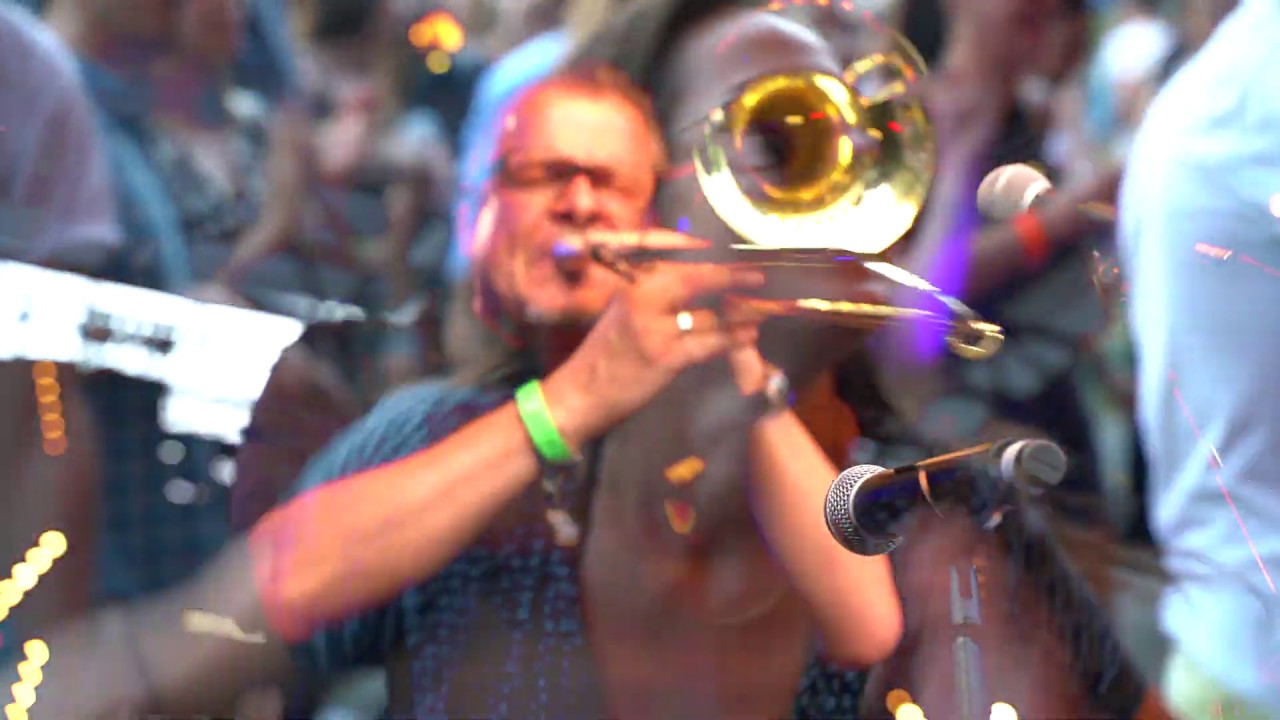 It is said that Marcus Miller has one of the most enviable careers in music, having performed, recorded and toured with legendary artists such as Miles Davis, Dizzy Gillespie, Aretha Franklin, Chaka Khan and Luther Vandross, in addition to working with various rock legends, hip hop icons and pop stars.  Marcus Miller is a multi-instrumentalist, albeit primarily known as an electric bassist.

Born in ’59, Miller, was raised in a musical family that included father William Miller and jazz pianist Wynton Kelly.  His career kicked off early, working regularly in NYC by age 15, playing bass, writing and recording with musicians around the globe.  The two-time Grammy winner is also a producer, writer and a composer for more than 20 films.

Dave Grusin, 10 time Grammy winner, is a 7 decade music professional:  pianist, arranger, composer, record producer and co-founder of GRP Records.  Grusin is considered one of the top 10 film scorers of his generation, writing over sixty film scores including The Graduate, On Golden Pond and the Fabulous Baker Boys and recipient of 8 Academy Award noms and one Oscar.

Grammy Award winner Lee Ritenour has been a guitarist for 6 decades beginning with session work in the late 60s.  It was in the studio with the Mamas and the Papas that he earned the nickname ‘Captain Fingers’.  In this 60 years, Lee Ritenour has garnered 19 Grammy noms, #1 spots on guitar polls, a Lifetime Achievement Award from Canadian SJ Awards, Alumnus of the Year Award from USC and 35 chart songs from more than 40 releases.

If that isn’t enough he was a founding member of Fourplay, a group considered to be the most successful group in contemporary jazz, and organizer of ‘6 String Theory’ a multi-national competition, which has since expanded to include a Rhythm Section competition for Piano, Bass and Drums. 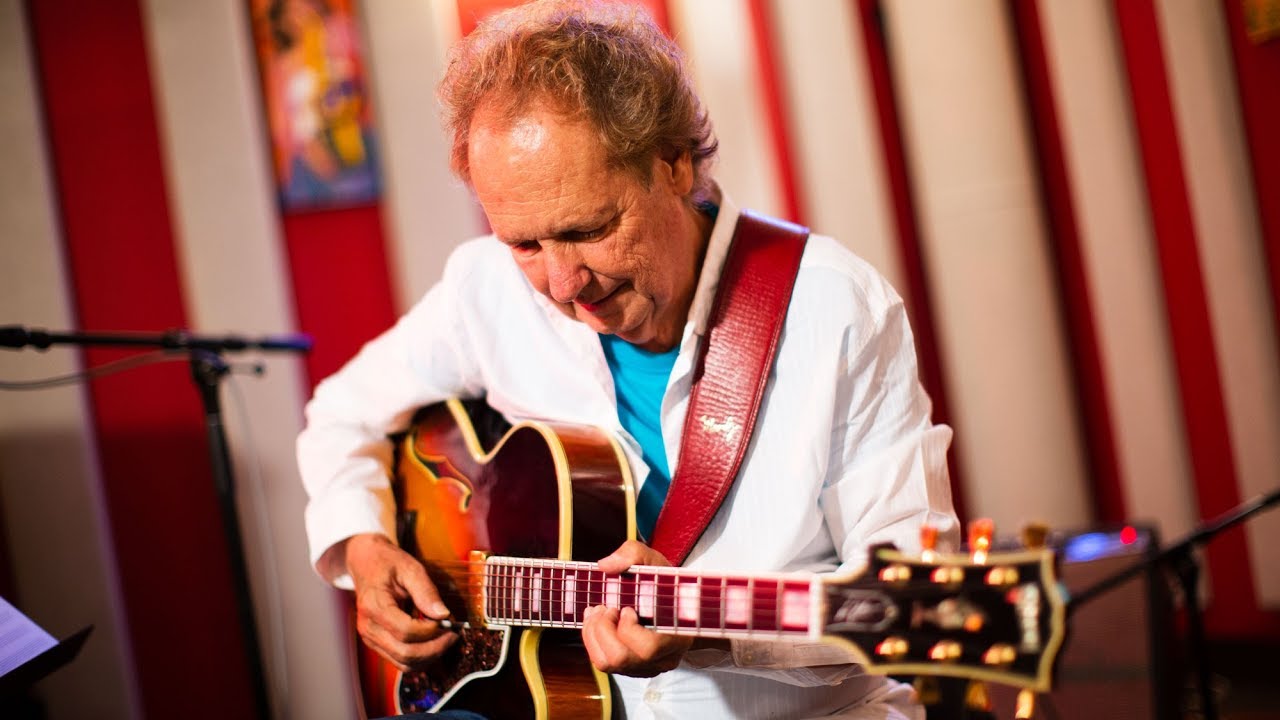 Brought to you exclusively by:  Rusing, Lopez & Lizardi, PLLC

Since forming in 2012, Alabama based rock & roll soul band, St Paul & The Broken Bones has released 2 albums, toured the world relentlessly, opened for the Rolling Stones, appearred on Letterman, Kimmel and twice on The Late Show with Stephen Colbert.  They have become a must see performance due in part to front man Paul Janeway’s fearless showmanship, thoughtful lyrics and dedication to performance. 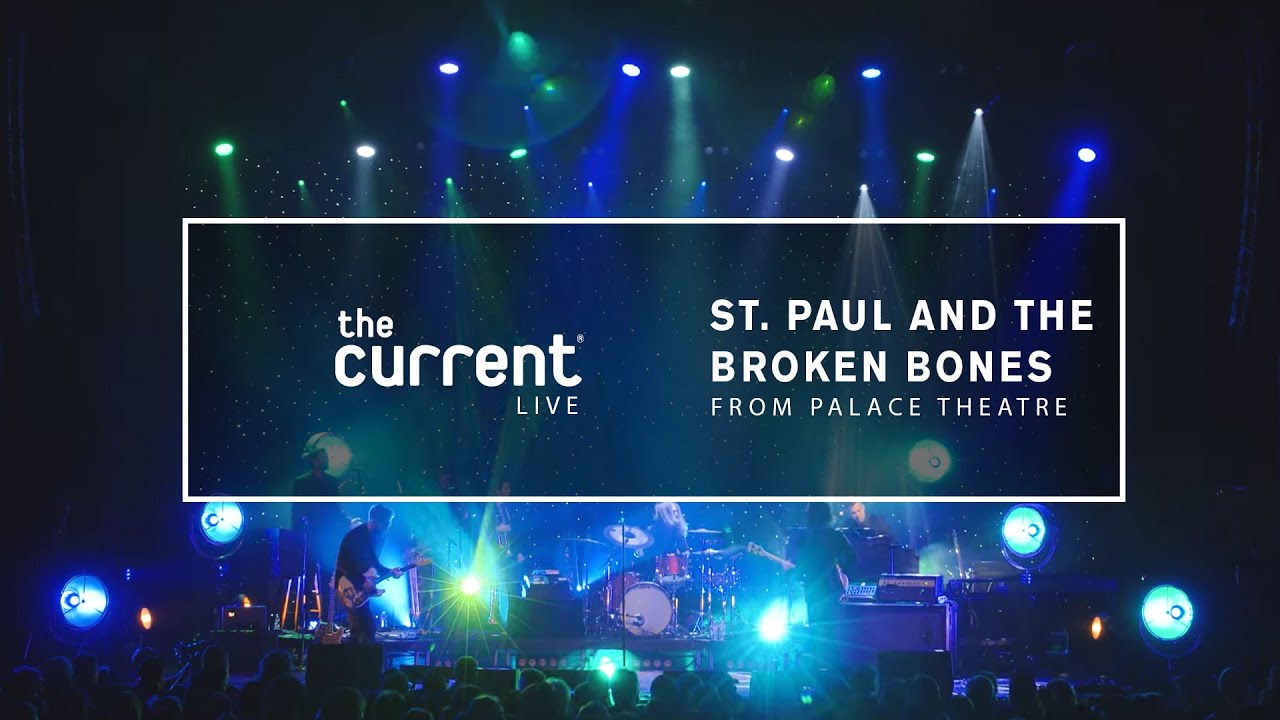 Our partners make it possible to bring world-class jazz to Tucson every year.